Final concert of the festival is dedicated to this year’s gaming release, one of the biggest and most expensive Czech projects of all time, Kingdom Come: Deliverance. The most anticipated Czech game of the last decade has been a phenomenal success not only in our country but also abroad. Already in the first week after its launch, a million pieces were sold!

The historical RPG taking place in the Czech lands in turbulent times after the death of Charles IV. boasts not only a sophisticated story, historical precision and great graphic concept, but also an unusually sophisticated orchestral soundtrack by the Czech composer Jan Valta, interlaced with medieval songs by Adam Sporka. Both artists will perform on the stage, Jan Valta as leading the Hradec Králové Philharmonic Orchestra.

You will have the chance to enjoy the soundtrack live along with video scenes from the game and thus experience the story of Jindřich, the main character, over again. 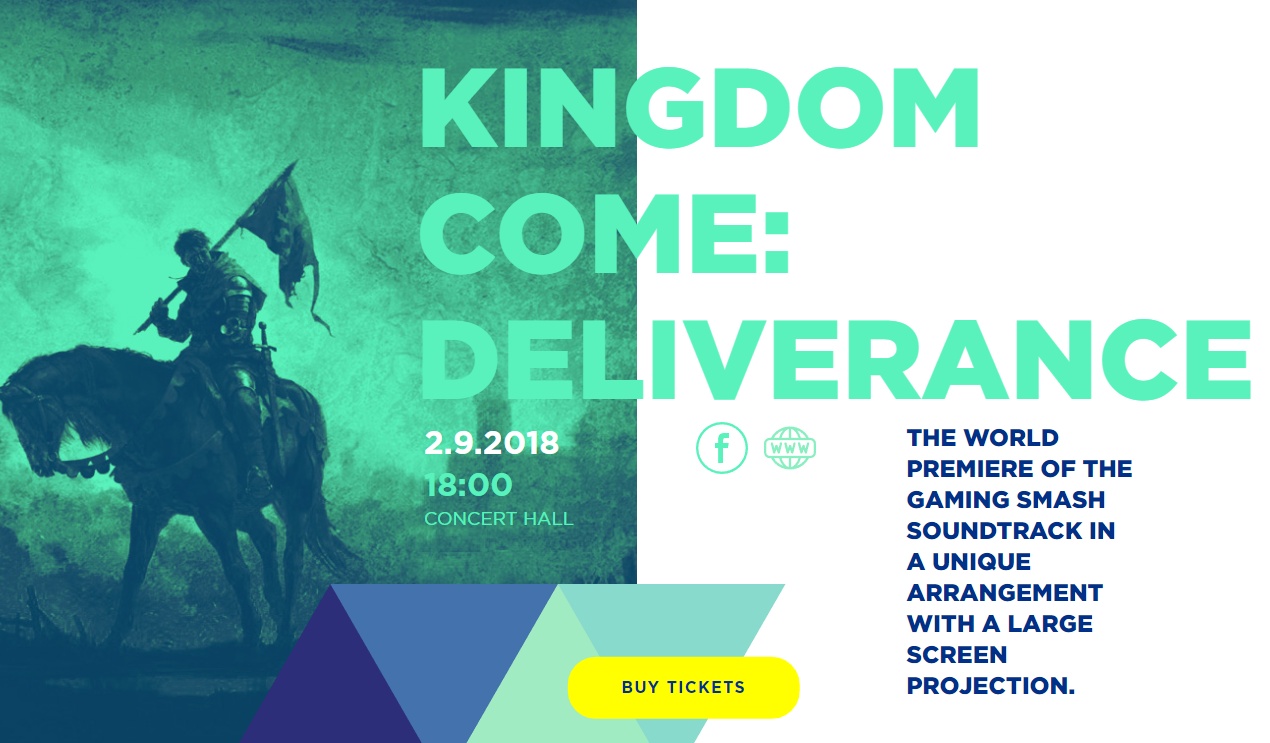